In June of 1962, he joined the Woolwich Fire Company as a firefighter—and he’s been there ever since. 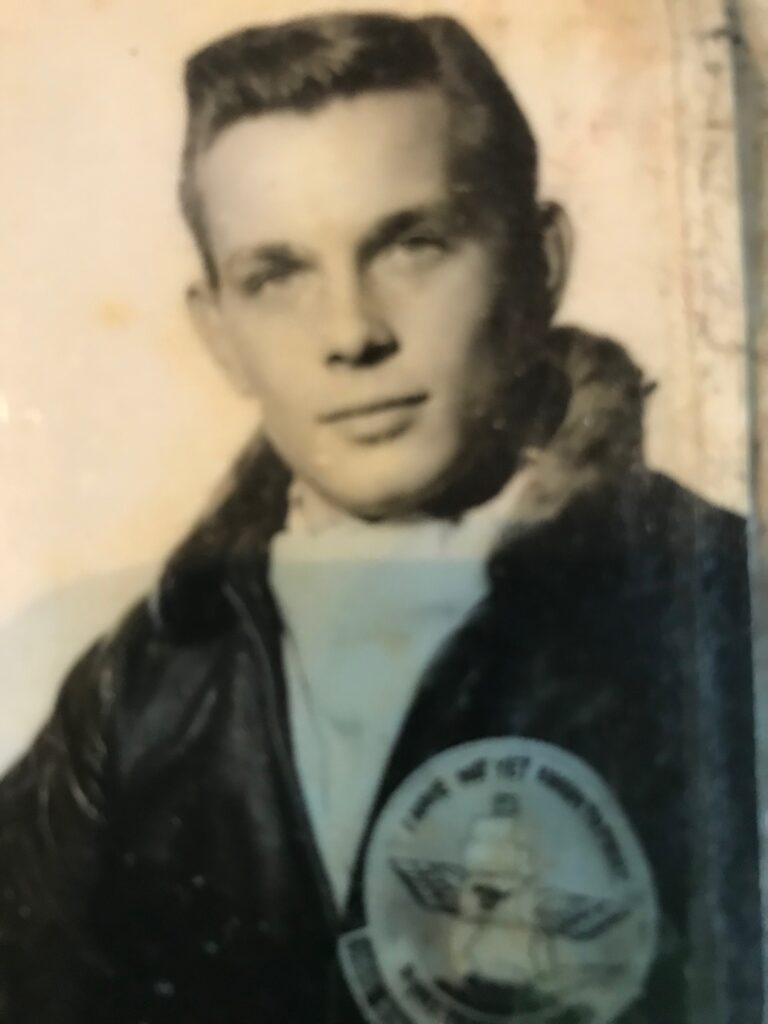 “Back in those days, it was the thing to do, to volunteer, to help people,” he says.

An early “baptism by fire,” as he puts it, was in 1964, when he responded to a 70-car pile-up on the New Jersey Turnpike in foggy conditions. Three miles of nothing but accidents; he could hear cars coming and then crash, adding to the wreckage.

Then Slusar was sent to Vietnam as a member of the United States Navy. He was a Second Class Machinist Mate on the aircraft carrier USS Bon Homme Richard, serving three tours in the Gulf of Tonkin.

Slusar was on the scene following the infamous fire on the USS Forrestal on July 29, 1967—his wife’s birthday.

“When it blew up, we were 2 miles from it,” he says. “It was crazy. It stopped all the sortees.” He remembers seeing debris and bodies in the water.

There were plenty of threats on the water. North Vietnamese gunboats would enter the gulf in an attempt to sink U.S. vessels, but military airplanes would scramble and drive them back.

When Slusar returned home, he returned to service with Woolwich Fire Company, and found that the skills he’d learned in the Navy working in the main engine room of his ship transferred well to duties at the firehouse.

After working as a firefighter for Woolwich, he became a driver, then was chief engineer for 18 years. The chief engineer is second-in-command at a fire call, directing vehicles at the scene.

Slusar also has served as a relief representative on the Fire Company Relief Association and was even president of that organization for some time.

Today, Slusar helps the company in an administrative and advisory capacity. His knowledge of the company’s history and experiences is a boon.

It has even become a family affair. His son, Brian Slusar, is deputy chief. His grandson, Joe Slusar III, Nicholas Thompson, and Zachary Thompson are all firefighters.

And anyone can follow in their footsteps—those interested in helping out are welcome and needed at Woolwich Fire Company.

Volunteers can participate in many different roles, from full-fledged firefighters to members helping with events and paperwork. Any time given to the fire company is time spent in service of the community.

There are potential benefits gained through the firemen’s association, per Slusar, but there’s also the opportunity to gain new skills and make lifelong friends.

“Tuesday night is drill night, family reunion, sitting and learning. The enjoyable part is you learn something new,” he says. “Everybody knows everybody.”

What makes Woolwich Fire Company special above all else, he says, are the volunteers.

“The people banding together: camaraderie,” Slusar says. “It takes a special type of person to be a volunteer and be dedicated.”

Train for the worst and save lives with the best as a volunteer with Woolwich Fire Company. All state-of-the-art training and equipment is provided free of cost. Sign up now at www.WoolwichFirefighter.org.